This is a repost of a blog from  Emer Kirk of Independent Trustee Company.

Thursday 8th March marks International Women’s Day. This day has been observed since the early 1900s and since then we have witnessed a significant change and attitudinal shift in both women’s and society’s thoughts about women’s equality.

With more women in the boardroom, greater equality in legislative rights, and an increased critical mass of women’s visibility as impressive role models in every aspect of life, one could think that women have gained true equality.

Why then has a new academic study found that a majority of females rely on their partners to pay for their retirement? Less than one in three women who are entitled to a state contributory pension qualify for the full €230 a week payment, a study by academics from NUI Galway and Queen’s University, Belfast, found. A majority of men, by contrast, end up with the full state pension when they retire. 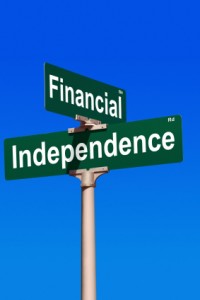 Women have inferior pensions compared with men because they are mainly engaged in low-paying jobs or only work part-time and do not earn enough to qualify for a full state pension, with most of them not paying into a private retirement fund.

The fact that the primary role of many women is caring also accounts for poor pension provision among women.The study, ‘Older Women Workers’ Access to Pensions’, found that many depend on their partners’ or husbands’ incomes for a secure future, even though they may well outlive them as women tend to have longer life expectancies. This is a high-risk strategy because they could be left with nothing in the event of a separation, divorce, widowhood, illness or redundancy.

Women only tend to become aware of the importance of having a personal pension late in life when it becomes too expensive to fund for an adequate pension.With an aging population and the Trioka having already signalled that state benefits to pensioners should be reduced, the notion of a state sponsored retirement is a high risk strategy.

Supplementary pension coverage and contributions through private pensions must be increased to improve adequacy of incomes in retirement. They say life begins at retirement and for many women while it will be nice to get out of the rat race, without an adequate private pension they have to learn to get along with a lot less cheese.