This is an article by John Walsh in todays Irish Examiner. It outlines the results of a survey conducted by the Irish Association of Pension Funds. The worrying part is that 62% in the 55-64 age group category said they would be depending on the State for their income. This comes at a time when there is a shortfall in the social insurance fund of approximately €2 billion. 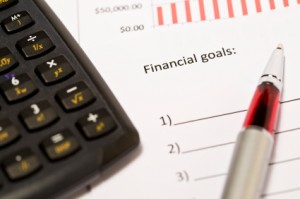 Almost half of all adults are relying on the state pension to see them through retirement, according to a survey conducted by the Irish Association of Pension Funds.

But there is a big disparity between age groups, with those closer to retirement more dependent on the state pension.

Commenting on the findings, Irish Association of Pension Funds chief executive Jerry Moriarty said: “Pension participation is notoriously poor in Ireland with just 50% of workers planning for retirement. When we consider that a high percentage of these people are in the public sector, where pensions come as part of the employment package, then we see that those actively involved in setting up their own pension and saving for their retirement is relatively low.”

A further 4% plan to rely on rental income to see them through retirement.

But worryingly for the Government, 62% of the 55-64 age cohort say they will be relying on the state pension, while only 22% in this age group said they thought they had enough in their private pension pots to see them through retirement.

The State is facing huge pressure over unfunded liabilities. It emerged over the past few days there is a €2bn shortfall in the PRSI fund.

The 25-34 age bracket had a breakdown of 34% relying on the state pension and 32% claiming that they will have sufficient private pensions. A further 23% of 25-34 year olds cited their private savings as a source of income during retirement.