There has been a lot of bad press for pensions in the media over the last number of years. With poor investment manager performance, high charges attached to older schemes and now with the issues surrounding defined benefit schemes it is increasing the publics percerption that pensions are bad! 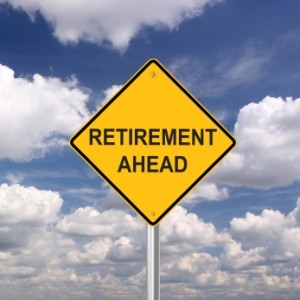 There are a number of reasons why I still believe that pension planning makes sense (with the caveat that the individual can afford to save).

We are all living longer. The average life expectancy for a 65 year old male is a further 16.6 years, for a 65 year old female it is 19.8 years (source CSO). So on average many of us can expect to live into our 80’s and beyond.  Therefore there are 16 – 20 years of possible non earning years.

3. Possible reductions in the state pension in the future

It is becoming increasingly more likely that there will be changes in the State Pension at some point in the future as this cost to the State becomes more of a burden. In the most recent figures available (2008) the costs of the state pension and public sector pension on an annual basis is €9.42bn, this is a huge cost on an annual basis and it seems likely that something will have to give here, possibly on the benefits being provided. (source Comtroller & Auditor General & Social Welfare Statistical Report, 2009)

The tax relief for investment in pensions has not changed, you can still obtain 41% relief on any personal contributions made to a pension plan.

There has been a major change in the charging structures in pension schemes over the last number of years. Many advisors (including Donnellan & Co) are now charging fees instead of commission which in some cases can result in higher annual management fund charges. This ensures there is better value for the client and less of an impact on the pension fund of the client. Most pension funds now have options to offer funds without a policy fee / administration charge. However setting up pension funds does involve a cost and it remains to be seen whether consumers want to pay a fee for this going forward.

6. Tax Deferral on the Investment in the Pension Fund

Many people forget about this aspect of pensions, but once invested in a pension fund, any gains / income earned in the pension fund are exempt from income tax and capital gains tax. Therefore the fund accumulates in a tax free environment. This compares favourably to putting money in a deposit account where DIRT is now charged at 30%.

Under current legislation there is an entitlement to a tax free lump sum from your retirement fund. The amount is either 25% of the lump sum (to a maximum of €200,000 tax free with a further €375,000 being taxed at 20%).

Another option available which might result in a higher lump sum is 1.5 times your final salary, this usually applies to employees and public sector employees, although there are a number of factors to be taken into account to ensure the maximum amount can be obtained, i.e. years of service etc.

Should you have any queries on the above or the best way to save for your retirement contact us today at 087-1202405.