Cancer is a word that instills fear in everyone. Cancer is the term used to refer to all types of malignant tumours. A malignant tumour usually grows quickly, often invades surrounding tissue as it expands and can spread via the bloodstream or lymphatic system to form more growths in other parts of the body.

There is a high incidence of cancer in Ireland. In an analysis of life cover claims in 2011 by Zurich Life, 47% of all claims related to cancer. 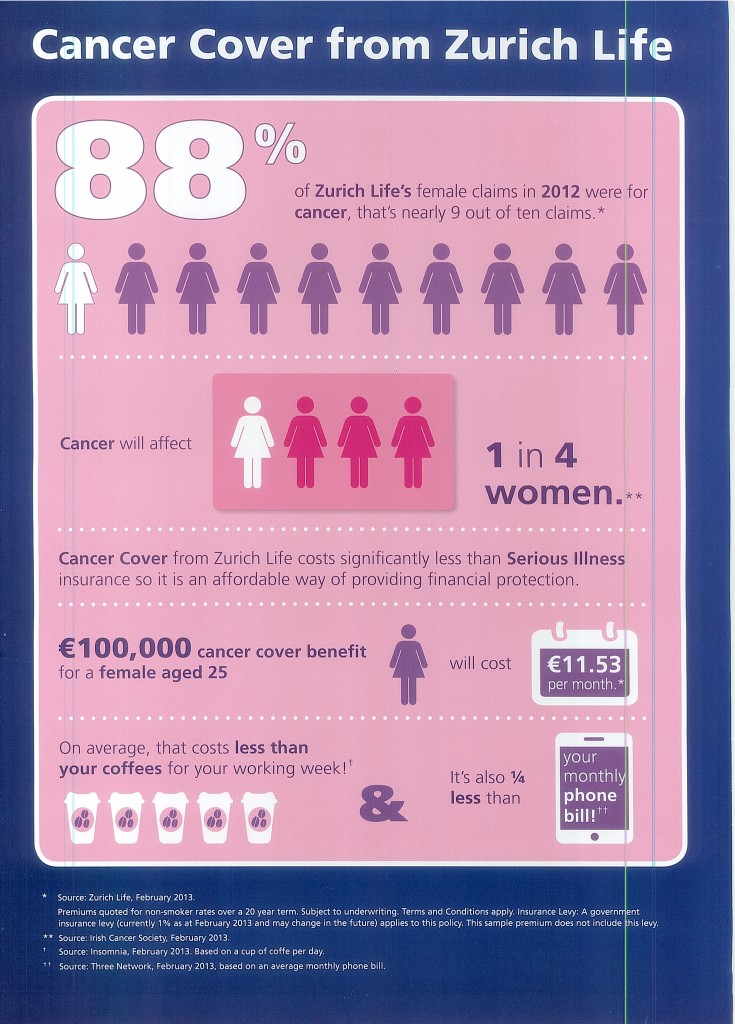 The most common cancers in Ireland in an Irish Cancer Society report in April 2012 showed the following breakdown: 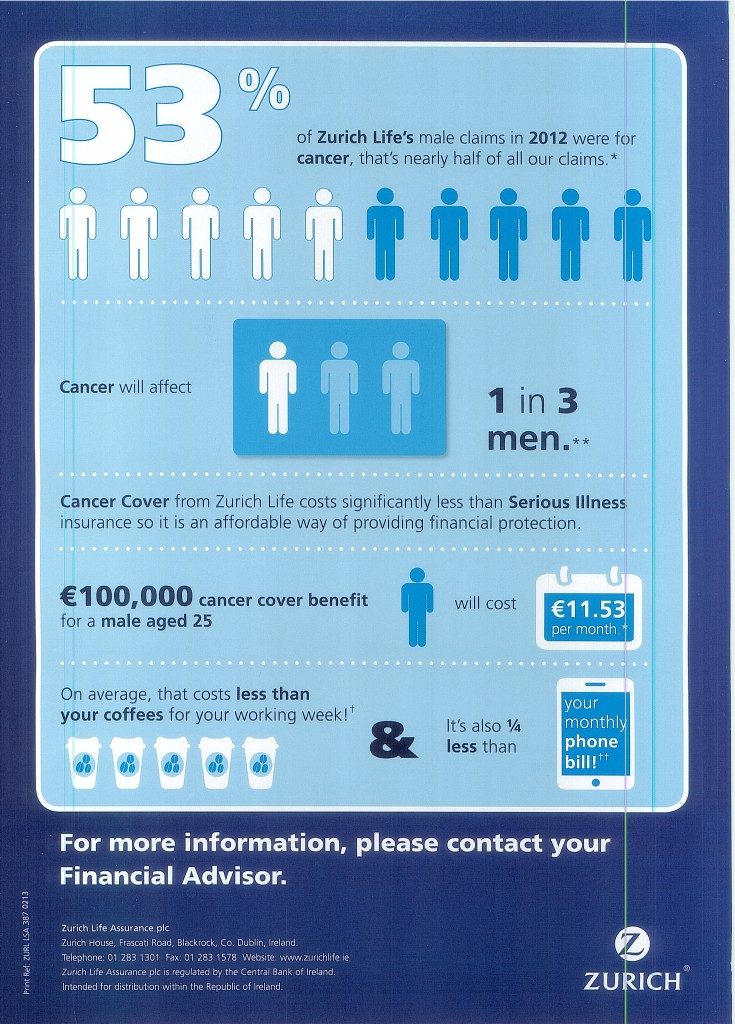 The product will pay out a lump sum on the diagnosis of cancer as defined in the policy document.

The definition of cancer by Zurich is as follows:

“Any malignant tumour positively diagnosed with histological confirmation and characterised by the uncontrolled growth of malignant cells and invasion of tissue.

For the above cancer definition, the following are not covered:

All cancers which are histologically classified as any of the following:

All tumours of the prostate unless histologically classified as having a Gleason score greater than 6 or having progressed to at least clinical TNM classification T2N0MO.

Chronic lymphocytic leukaemia unless histolgically classified as having progressed to at least Binet stage A.

Any skin cancer other than malignant melonoma that has been histologically classified as having caused invasion beyond the epidermis (outer layer of skin).

There are some partial payments that will be made on diagnosis of certain conditions as follows:

3. Low Level Prostate Cancer – with Gleason Score between 2 and 6 – and with specific treatment.

The partial payment amount that will be paid out on the diagnosis of the above 3 cancers is as follows:

The above quotes are based on non smoker rates over a 20 year term. Subject to underwriting. Rates are quoted as at February 2013.